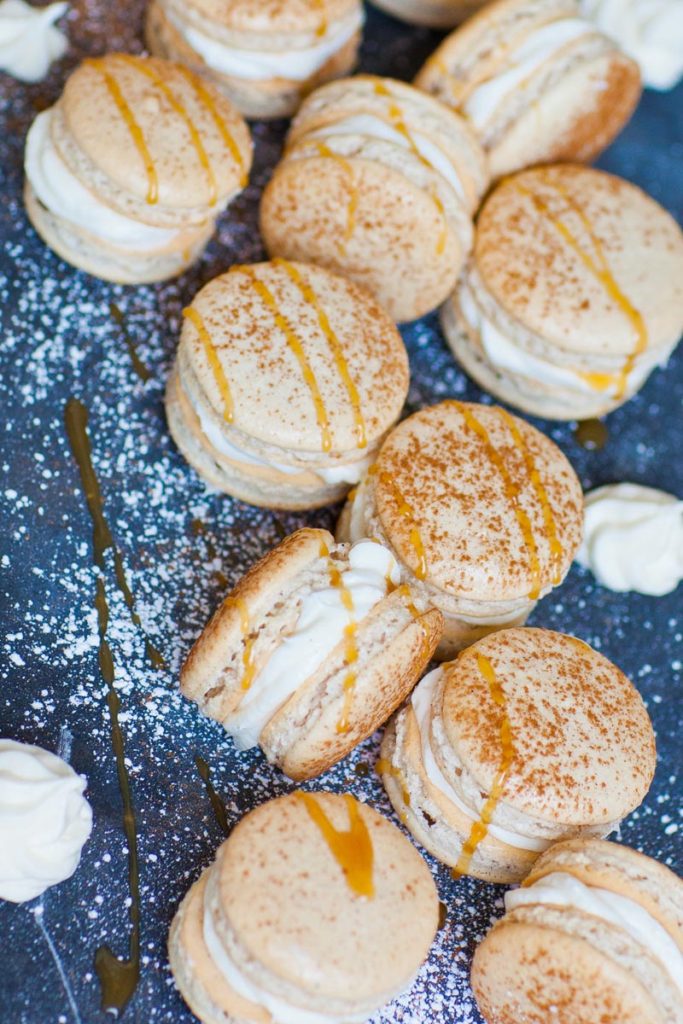 Love cinnamon rolls and French macarons? My Cinnamon Roll Macarons combine the best of both worlds into one irresistible French cookie! These cinnamon-flavored macaron shells are filled with a salted cream cheese filling and there’s a surprise caramel center. Sprinkle the shells with additional cinnamon for even more cinnamon flavor! You’ll go head-over-heels for this fun and unique macaron recipe!

Watch my YouTube video for all the sweet details. Want to receive new recipe emails in your inbox? Make sure to subscribe to my YouTube channel and turn on notifications!

You can also try adding a drizzle of home-made caramel sauce over the top when you’re serving these to make them look more festive! These little treats are perfect in the morning with a cup of coffee; plus, they taste like breakfast, too, so it’s an added bonus! My inspiration behind this cookie recipe is my famous ‘Cinnamon Rolls Recipe’ – simply the best cinnamon rolls ever! 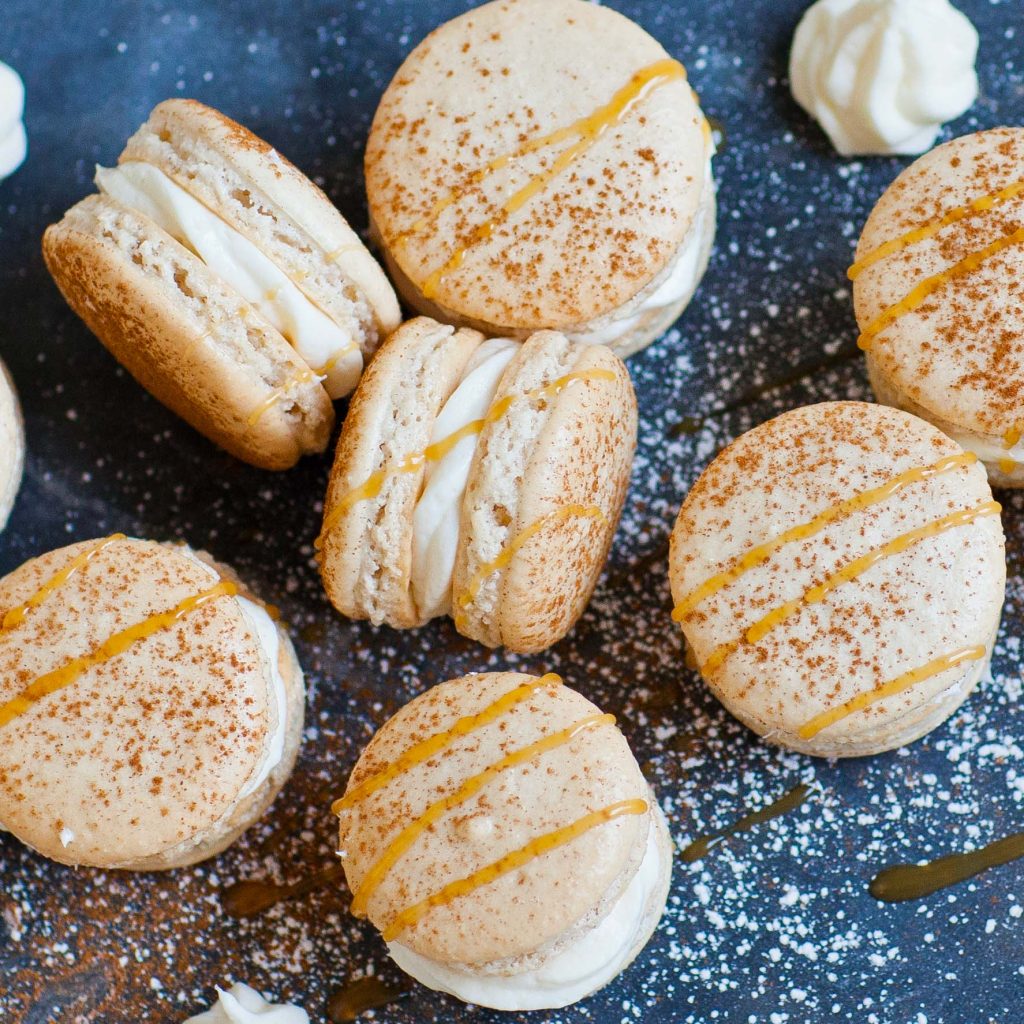 Many bakers dread making French macarons because these little cookies can be a little finicky, but set that fear aside! I’ll walk you through the steps with my precise instructions and video tutorial so you can make these cinnamon roll macarons at home. And don’t get disappointed if your first attempt doesn’t work well. My first three attempts at making macarons failed horribly! But practice makes perfect! Here are a few crucial tips for making these French cookies: 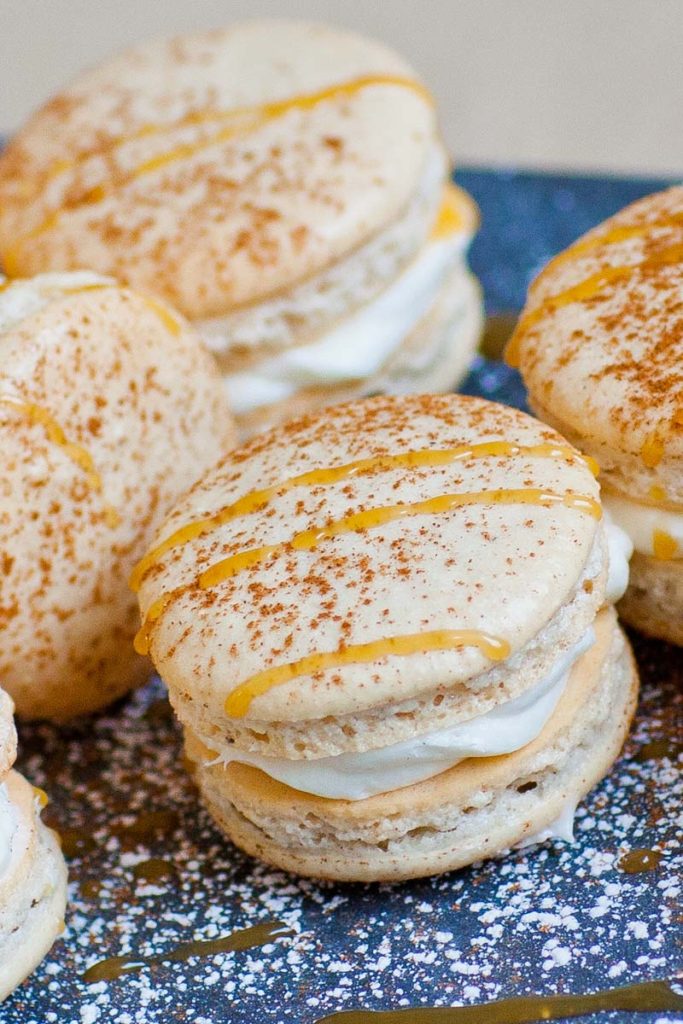 Looking for more French macaron recipes? I have so many incredible and unique flavor combinations! 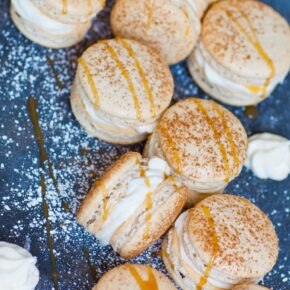