If you love all things fall and pumpkin, you are going to love this pumpkin cinnamon rolls recipe! These pumpkin rolls are so fluffy, so delicious and aromatic and perfect for fall! They’re made with a soft and spicy pumpkin yeast dough, filled with cinnamon sugar and more pumpkin puree, and a cream cheese icing. Plus, I have secret ingredient to make these super soft! Want to make these ahead of time? Scroll down for make-ahead instructions! Check out my original Cinnamon Roll Recipe for more inspiration!

Here are some tips for the main ingredients you’ll need for this recipe. Find the full list in the printable recipe card below.

How to Make Pumpkin Yeast Dough

These incredible pumpkin cinnamon rolls start with a soft cinnamon pumpkin yeast dough! This dough is made by adding pumpkin puree directly into the batter.

How to Make Pumpkin Cinnamon Rolls

Here’s how to assemble these delicious rolls!

I use a very unique baking method and secret ingredient for all my cinnamon roll recipes, including this one! First, I bake the proofed rolls for 10 minutes at 350F/177C. At the 10 minute baking mark, I remove them from the oven and pour about ½ cup of cream or whole milk over the rolls. The cream makes the rolls super soft and delicate and prevents the pumpkin cinnamon rolls from drying out.

Return the pumpkin rolls back into the oven and bake them for another 22 to 25 minutes, until they’re golden brown on top.

While your cinnamon rolls are baking, you can prepare the delicious and creamy cinnamon cream cheese icing! It’s super easy to make! Just cream one brick of softened cream cheese in a small mixing bowl first. Then, add the confectioner’s sugar, vanilla and cinnamon and whisk again for a minute. That’s it!

When the cinnamon rolls are done, remove them from the oven and cool for a few minutes. Spread the cream cheese icing over the rolls before they cool, allowing the cream cheese to soften even more! Enjoy the rolls while they’re warm.

Make Ahead Instructions for Pumpkin Rolls

This fall recipe can be prepared ahead of time, then baked when ready to enjoy!

Enjoyed my pumpkin cinnamon rolls recipe? Check out some of my other recipes you’re sure to enjoy! 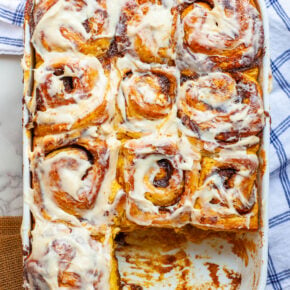 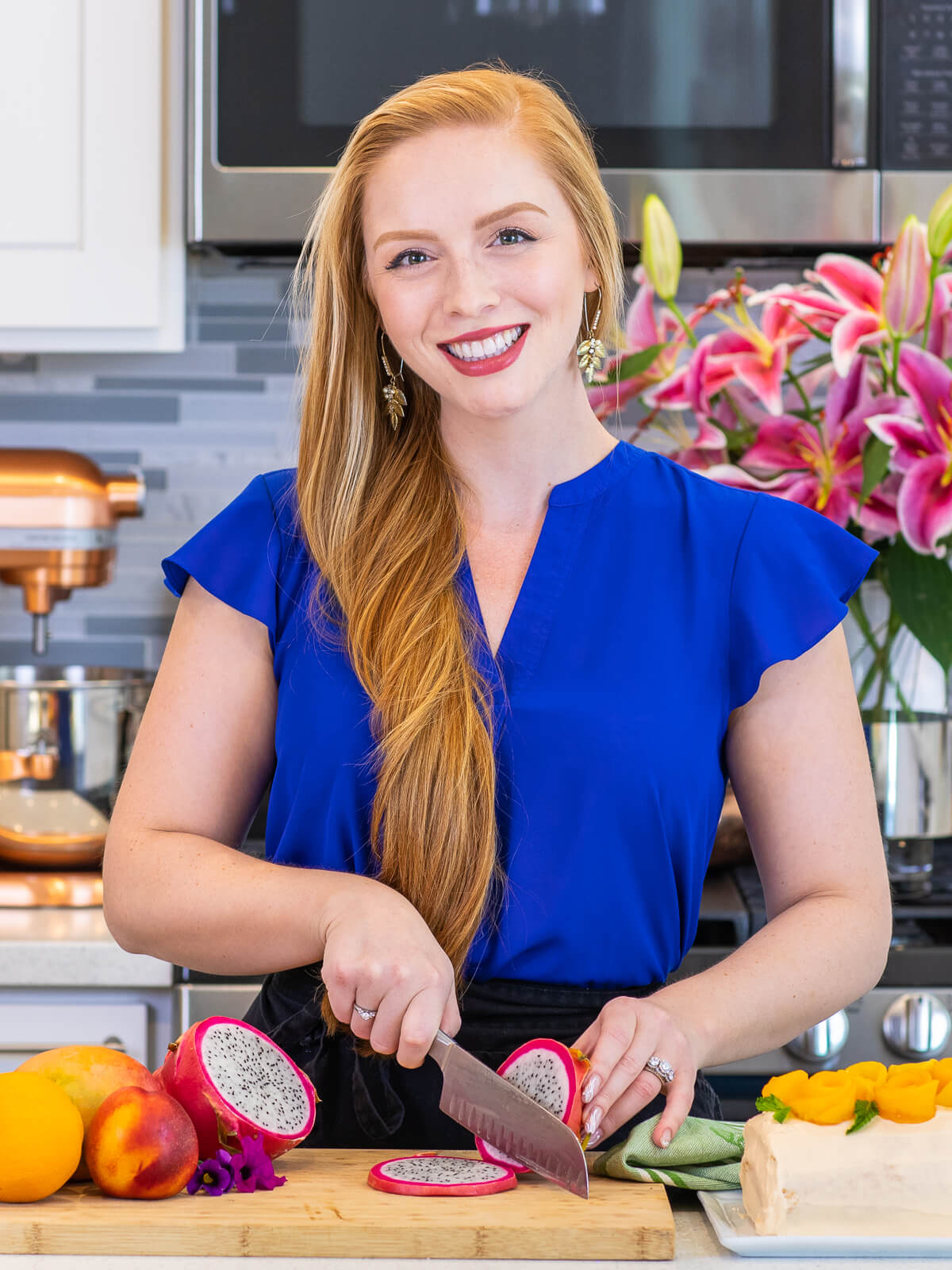